Watch the film on realeyz!

Growing up in an immigrant family, encouraged to try everything and the economic necessity to use what’s at hand (like a home photography darkroom) Juli Saragosa became an artistic experimenter from an early age. An interdisciplinary media and performance artist who has shown work at festivals worldwide, Juli’s work extends to the curatorial and educational, as a grassroots organizer of independent festivals, a workshop leader, mentor to young artists, and as a media arts instructor.

This film is a chapter in the project “Stories for a Future Generation,” which is a multi-media project gathering together the stories of my family’s and my own migrations, and the inter-generational impacts of those upon our lives and on those of future generations. The chapters switch genres (fictionalized storytelling vs. documented interviews vs. experimentation with forms / performance, etc.) and formats (super8mm, 16mm, digital video, audio and interactive online video).

“Learning to Milk a Cow” follows my grandmother’s story chronologically after the 7-minute short film “Finding a Place to Sleep,” which is an experimental dialogue between myself and my maternal great-grandmother, based on stories my grandmother told me. I re-imagine, while working as a cleaner, the experiences of my ancestors living during the Holodomor (forced famine) in Ukraine during the Soviet era.

The ‘film’ image is re-invented through digital video to enact a sense of ambiguity between authenticity and fiction, as can also be present in the act of oral storytelling. This film picks up where the last leaves off, with recorded interviews of my grandmother telling her story of forced labour in Germany during WWII. The film uses hand-processed images of the Bavarian countryside juxtaposed against my grandmother’s apartment in Toronto.

The audio is asynchronous, with audio-only interviews between myself, my mother, and my grandmother. Additional interviews with the now elderly niece of my grandparents’ bosses, and a German PhD student whose grandparents had forced labourers in a nearby region, contrast against my grandmother’s, whose story weaves with her fading memories. My grandmother talks about the good times and the bad, making comparisons to how it was back home in Ukraine, and how lucky she was to immigrate to Canada, while also talking about how she fell in love with my grandfather, and after growing up in the city, learning how to work on a farm milking cows. 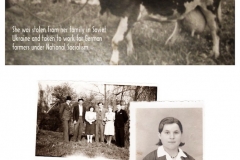 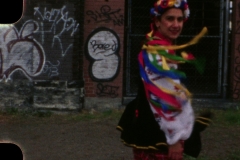 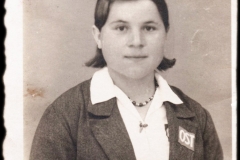 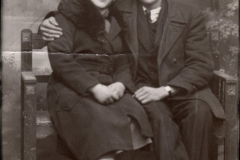 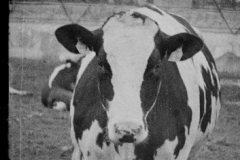 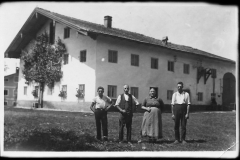 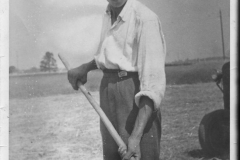 PRESSE
“More than just a passion project, but clearly full of love and passion…” – Dove Sussman,

“Saragosa draws circles in history, recognizes the past in the present.” – Marit Östberg